Preeti Jhangiani turned into a overnight sensation alongside Kim Sharma and Shamita Shetty with the thundering accomplishment of YRF's Mohabbatein, which included the main women in a critical role. Presently looks like Preeti is feeling nostalgic as she took to her online social media handle to share few pictures from her days of the film's shoot.

Taking to her official Instagram handle Preeti has shared one picture to the legend late movie producer, director Yash Chopra (who was the maker of the film), her co-star Kim Sharma and her mom Menka Jhangiani in Switzerland. In any case, it is the second picture of Preeti and Kim together and Kim's remark on the image that has caught our eye. 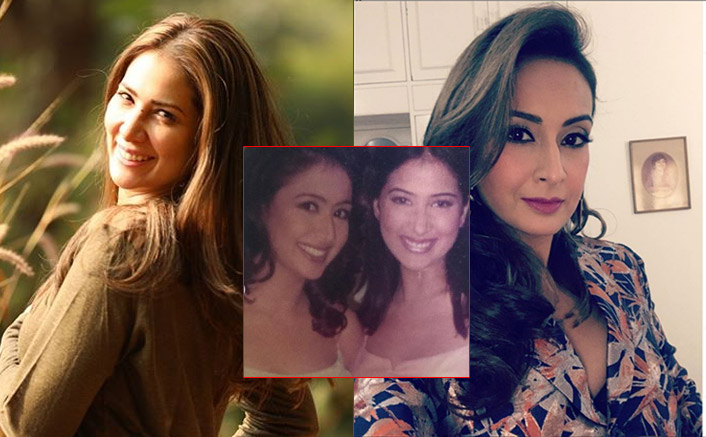 While the two women look really beautifull in the throwback picture, Kim Sharma has responded to the picture with a remark that peruses: "Why I was so ugly".  Look at the picture below:

Presently however we believe that Preeti and Kim both glanced outstandingly beautiful in these photos, Kim absolutely isn't agreeing
with our perspectives.

Do tell us what's your opinion about this throwback picture that Preeti has shared.

For those living under the stone, created by Yash Chopra's flag, Yash Raj Films, Mohabbatein was a fury among cinegoers when it discharged in 2000. Aside from the debut of Shilpa Shetty's sister Shamita Shetty and Uday Chopra, the film additionally highlighted Kim Sharma, Jimmy Sheirgill, Jugal Hansraj in important roles.

In any case, the feature of the film to-date remains the honorable Gurukul Principal Amitabh Bachchan and the head over heels on screen couple Shah Rukh Khan and Aishwarya Rai.