Here is the first look of Kajol from Tanhaji: The Unsung Warrior

Just a day prior to dropping the much-anticipated trailer of his next 'Tanhaji: The Unsung Warrior', Ajay Devgn presented the first look of his reel and real wife Kajol who stars as Savitribai Malusare in the upcoming feature! Describing her as 'Tanhaji's support, Ajay on Monday put out a new poster of the film showcasing Kajol in a traditional Marathi avatar. In a red saree, the actor is wearing a Marathi-style beaded nose pin, and similar beaded jewellery to complete her look. Since last month, Ajay has kept fans on their toes by sharing posters and character looks of him and co-star Saif Ali Khan at frequent intervals. The 'Shivaay' actor will be seen as Taanaji Malusare, the unsung warrior of the Indian history who fought alongside Chatrapathi Shivaji Maharaj as is seen in the first glorious poster of the film. 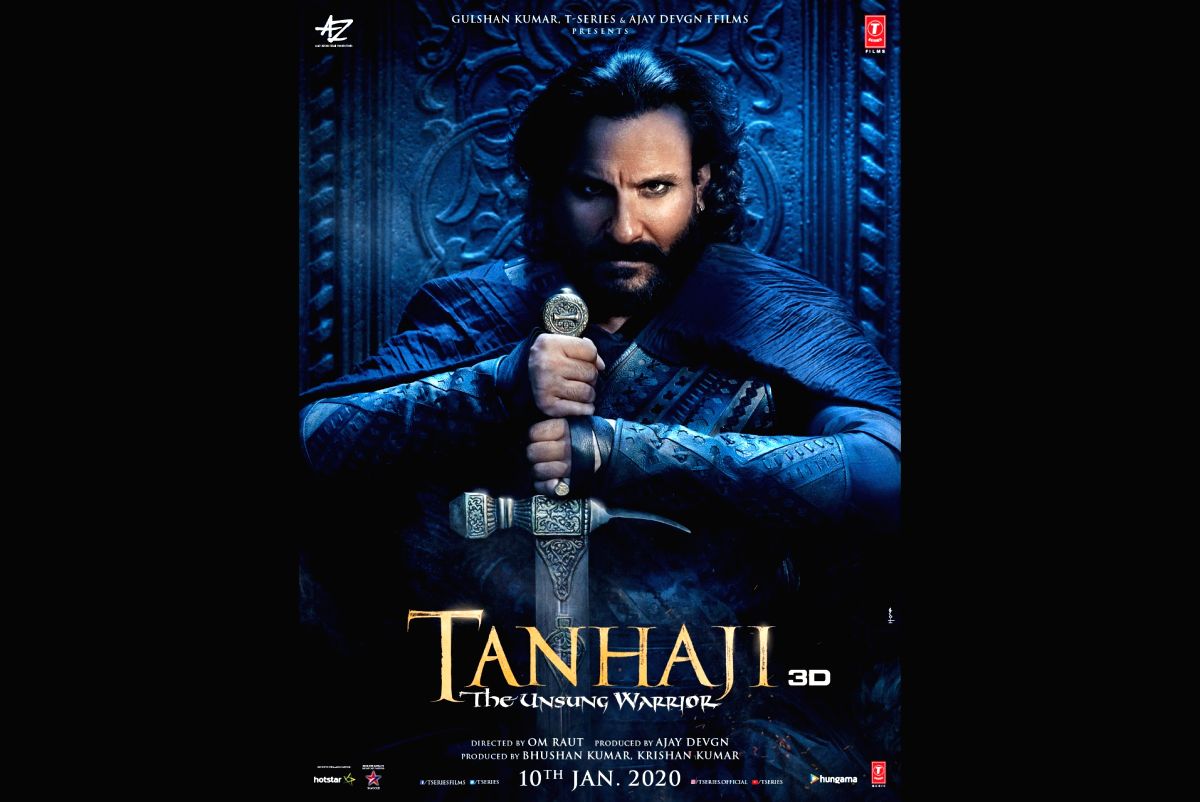 Saif is playing antagonist Uday Bhan, a Rajput official working for Mughal emperor Aurangzeb. The two are all set to share screen space in the Om Raut-directorial almost after 12 years. They were last seen together in the 2006 hit film 'Omkara'. It is being produced by Ajay with Bhushan Kumar and Krishan Kumar. Earlier, the movie was scheduled to hit big screens this year but will now release next year on January 10.